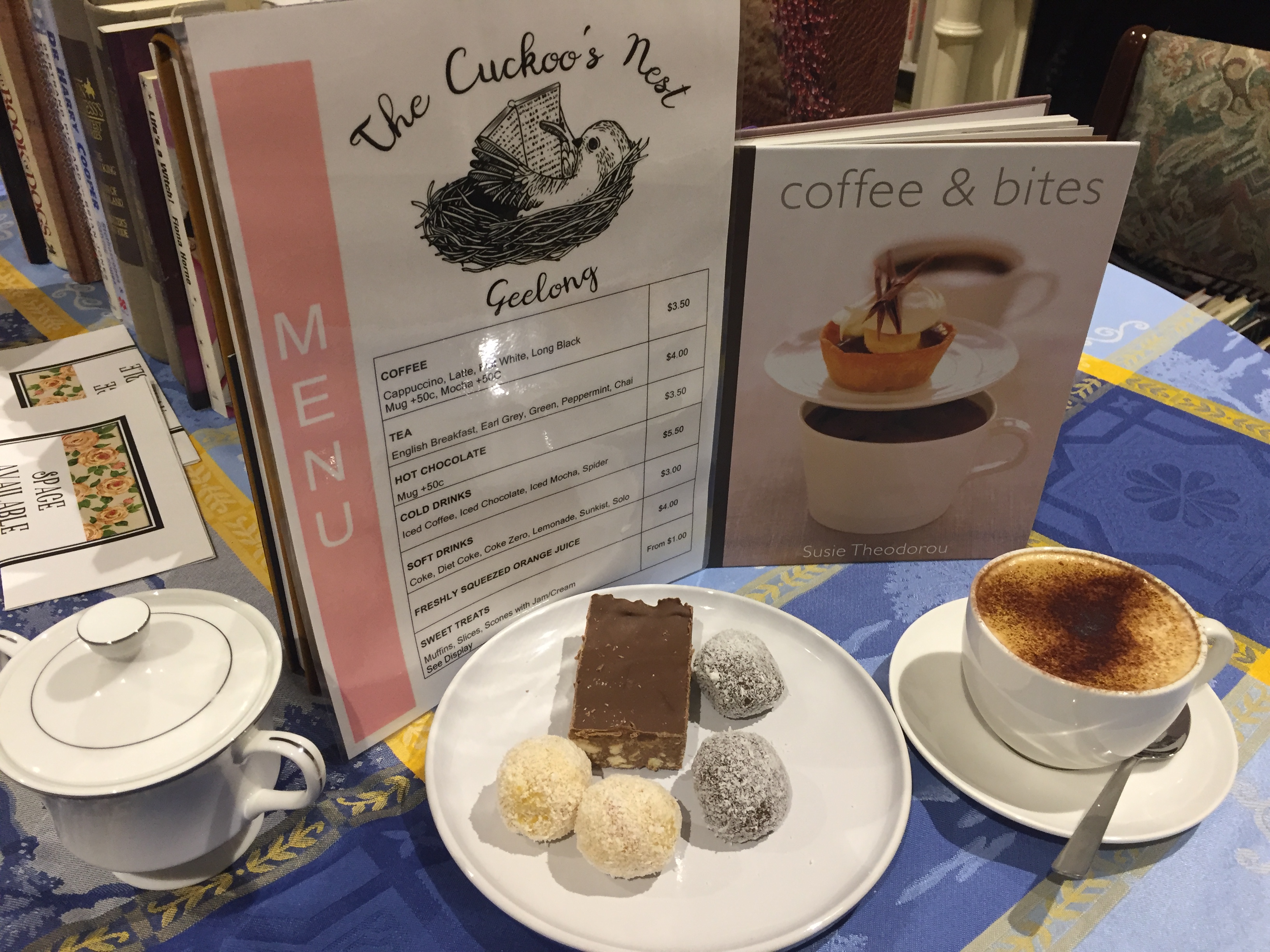 The Cuckoo's Nest is a 20 year dream finally coming to fruition. We have four rooms filled with an eclectic mix of quality second hand books in a

We are now pleased to have a cafe in the shop so you can relax amongst the books and enjoy a tea or coffee with some lovely home cooked sweet treats. Scones with jam and cream have become an early favourite with the customers. Exhibitions are held regularly, showcasing the amazing original art and talent of local Geelong artists. We have space available for your book club get togethers, birthday parties, art exhibitions, meetings, functions - Contact us to have a chat about how we can help. 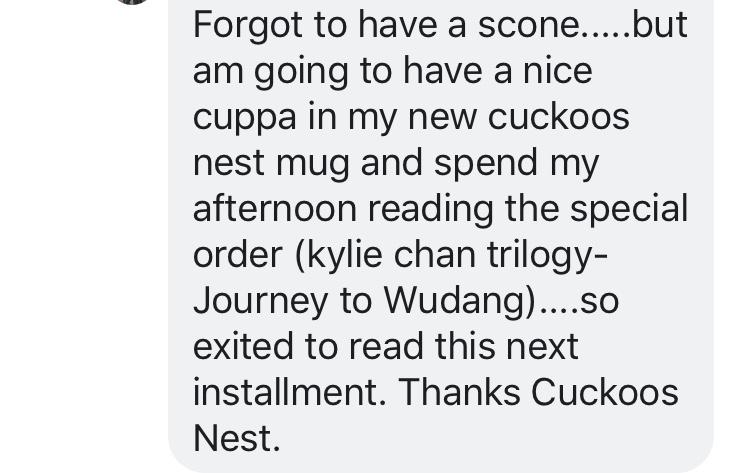 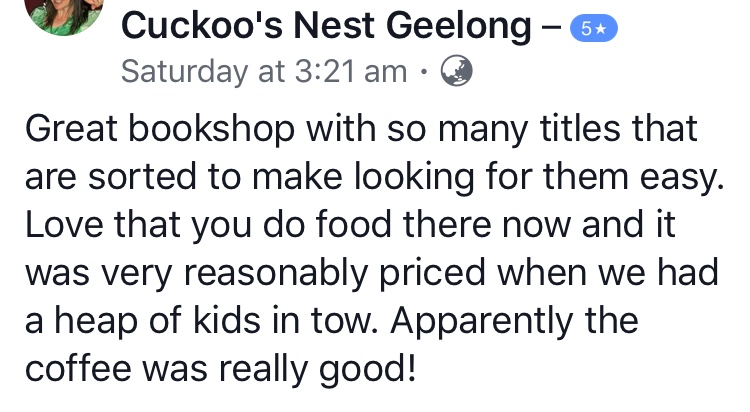 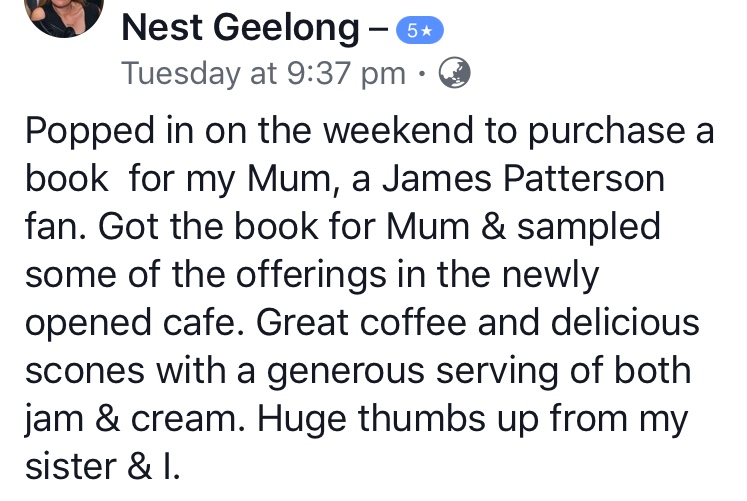 Here's a bit of a run down to the establishment of the Black Swan Inn built by Charles Savage in 1854... Charles arrived in Geelong some time prior to November 1851 - we know this because " The Geelong Advertiser and Intelligencer" notes unclaimed letters at the post office.

10 February 1853 - Charles is trying to sell his weatherboard cottage in Bates Ford. It had 2 rooms, a kitchen, a stable and cart shed.

22 March 1853 - Mr Savage's public house in Bates Ford is mentioned in a murder case as one of the witnesses was his servant.

Charles must have sold his cottage/pub in Bates Ford because in April 1853 he was granted a Publican's License for the Fitzroy Hotel in Malop Street, Geelong. This was despite the fact stabling had not been completed as labour could not be procured. The board gave strict instructions that this needed to be attended to as a matter of urgency!

7 December 1853 - Charles transferred the license of the Fitzroy Arms to William Ross.

20 February 1854 - Charles submits an application for a new publican licence at East Geelong.

5 April 1854 - the application is refused as the house is unfinished (c'mon Charles!!).

18 May 1854 - a license is granted for "a house" in East Geelong....note 3 months to build a double storey brick building that is still standing today!!!